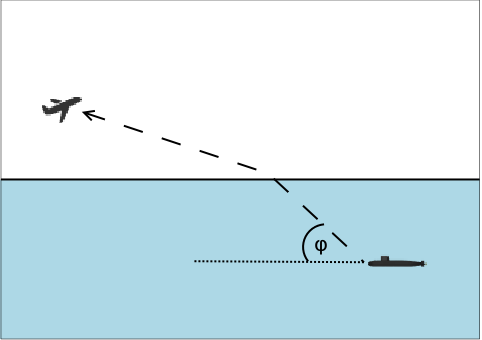 When the laser passes from the sea into the air, it is refracted (its path is bent). The refraction is described by Snell's law, which says that light approaching the horizontal surface at an angle θ1, measured from the vertical, will leave at an angle θ2, given by the formula

where n1 and n2 are the respective refraction indices of the water and air. (The refraction index of a material is inversely proportional to how fast light can travel through that material.) 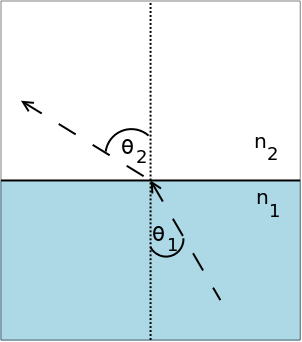 For each test case, print a single line containing the angle of elevation φ at which the submarine should aim its laser to illuminate the jet.