The Impressively Calculable Pyrotechnics Company has been contracted to provide certain stage effects for a rock festival. In particular, fire is requested (because fire makes the crowd go wild). In order to pull this off, the main stage is outfitted with a series of tubes, each specially calibrated to deliver a flame burst of a particular luminosity. In all, there are 18 numbered tubes arranged on the stage as follows: 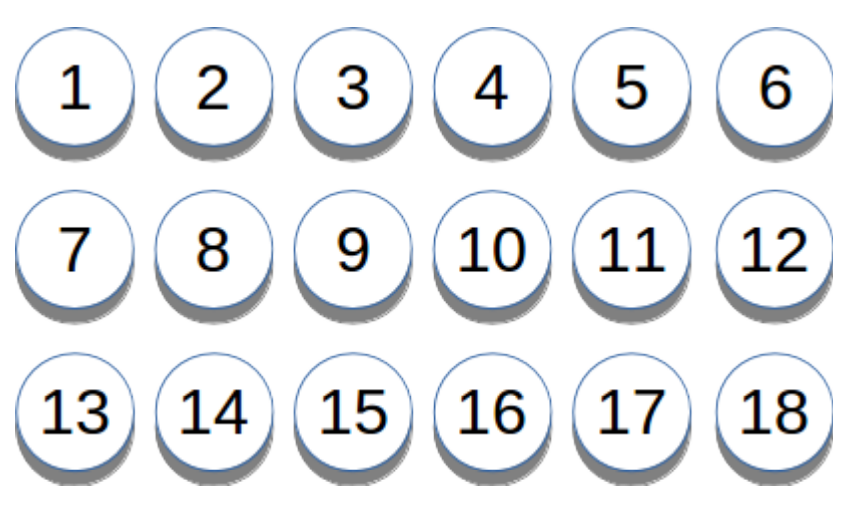 To achieve a specific luminosity, multiple tubes can be activated to fire simultaneously. The luminosity achieved is the sum of the individual luminosities of the activated tubes when fired. The total luminosity is represented by a single integer L. The software used to control the system accepts the value of L as an input argument, and determines which tubes need to be activated to achieve that luminosity (and which remain deactivated). 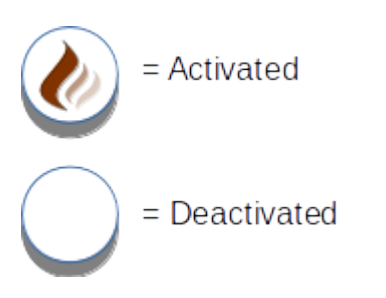 The design of the system ensures that a given L-value can be achieved by firing a unique set of activated tubes. While the system under normal conditions can precisely generate the expected luminosity, it will occasionally encounter technical problems (sticky valves, clogged tubes, etc.) that temporarily prevent it from firing a particular requested set of tubes, so it can activate and deactivate tubes to fire a different set.

Figure H.4 illustrates tube states for a requested L-value of 45 393 on the left, while Tube 10 is activated in the group on the right to produce an L-value of 45 905:

During the course of designing the stage effects, the producers of the rock festival have been made aware of possible technical issues that require the state of the tubes to be changed, resulting in an L-value that is different than what was originally planned. This will be OK, as long as the tube states can be quickly adjusted, and is brighter than the original L-value. Because they are obsessed with micromanagement, the producers will provide a list of L-values they have scheduled for the show, and they request a report be generated that provides, for each original value given, the count of all alternative L-values that meet the following 3 requirements:

For each original L-value, in the order given, output a line of the form L:C where integer L is the original requested luminosity value, and integer C is the quantity of alternative values meeting the 3 requirements given above.

Note: some strategies may produce correct results, but will not finish in the allotted time; a time-efficient solution is critical.