As a member of the ICPC (Ibaraki Committee of Physical Competitions), you are responsible for planning the route of a marathon event held in the City of Tsukuba. A great number of runners, from beginners to experts, are expected to take part.

To avoid congestion and confusion of runners of divergent skills, the route should not visit the same junction twice. Consequently, although the street segments can be used in either direction, they can be included at most once in the route. As the main objective of the event is in recreation and health promotion of citizens, time records are not important and the route distance can be arbitrarily decided.

The municipal authorities are eager in reducing the costs including the personnel expense for events of this kind. Your task is to write a program that plans a route with the minimum possible number of personnel required and outputs that number.

The input consists of a single test case representing a summary city map, formatted as follows.

The first line of a test case has two positive integers, n and m. Here, n indicates the number of junctions in the map (2 ≤ n ≤ 40), and m is the number of street segments connecting adjacent junctions. Junctions are identified by integers 1 through n. 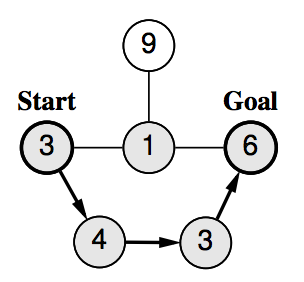 Figure I.1. The Lowest-Cost Route for Sample Input 1

Figure I.1 shows the lowest-cost route for Sample Input 1. The arrows indicate the route and the circles painted gray are junctions requiring personnel assignment. The minimum number of required personnel is 17 in this case.