If class K1 inherits class K2, class K2 inherits class K3, and so on, up to class Km−1 that inherits class Km, then we say that all classes K1, K2, . . . , Km−1 are derived from class Km. The rules of the programming language forbid circular definitions, so it is not allowed to have a class derived from itself. In other words, the class hierarchy forms a directed acyclic graph. Additionally, it is not allowed for a so-called diamond to appear in the class hierarchy. A diamond consists of four different classes A, B, X, Y such that it holds: 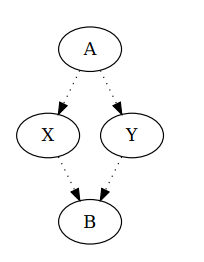 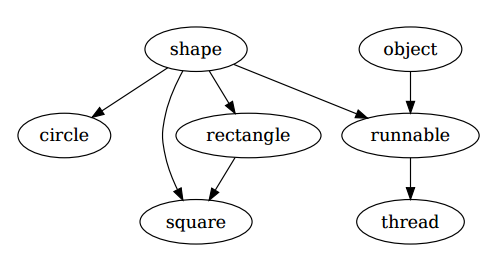 Figure 2: The hierarchy after processing all declarations from the first sample test

Write a programme that will process the declarations respectively as described above and determine the correctness of each one of them.

The first line of input contains the integer n – the number of declarations. Each of the following n lines contains a single declaration in the form of “K : P1 P2 . . . Pk ;” where P1, P2, . . . , Pk is a series of zero, one or more classes that class K inherits. All class names in a single declaration K, P1, P2, . . . , Pk are mutually different. Each class name is a string of at most 10 lower case letters of the English alphabet. All the elements of a declaration (the class names and characters “:” and “;”) are separated by exactly one space. In each specific declaration, for the number of classes k it holds 0 ≤ k ≤ 1 000.

You must output n lines. The ith line must contain “ok” if the ith declaration is correct, and “greska” if it isn’t.

Clarification of the first example:

Clarification of the second example: 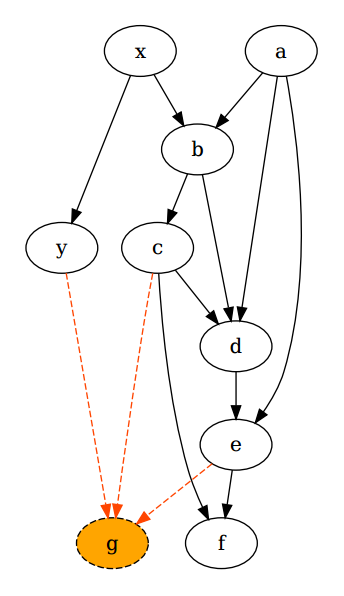