Circles Island is known for its mysterious shape: it is a completely flat island with its shape being a union of circles whose centers are on the x-axis and their inside regions.

You, a minister of Circles Island, are now ordered to build the square. First, the King wants to know how large the square can be. You are given the positions and radii of the circles that constitute Circles Island. Answer the side length of the largest possible square.

N circles are given in an ascending order of their centers' x-coordinates. You can assume that for all i (1 ≤ i ≤ N−1), the i-th and (i+1)-st circles overlap each other. You can also assume that no circles are completely overlapped by other circles. 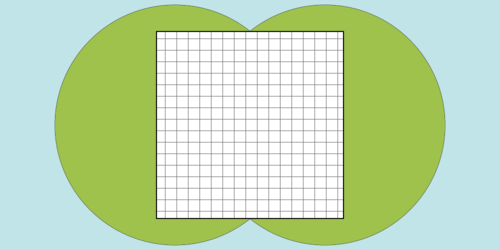 fig.1 : Shape of Circles Island and one of the largest possible squares for test case #1 of sample input

The input consists of multiple datasets. The number of datasets does not exceed 30. Each dataset is formatted as follows.

You can assume the followings.

The end of the input is indicated by a line containing a zero.

For each dataset, output a line containing the side length of the square with the largest area. The output must have an absolute or relative error at most 10−4.