For example, look at the following input expression,

To simplify the problem, the only four types of binary operators are considered, i.e. the addition (+), the subtraction (−), the multiplication (×), and the division (/). The usual precedence rules (the multiplication and the division have higher precedence over the addition and the subtraction) are applied and all the operators are assumed left-associative. Hence, the expression tree for the above expression can be depicted as in Figure 1. 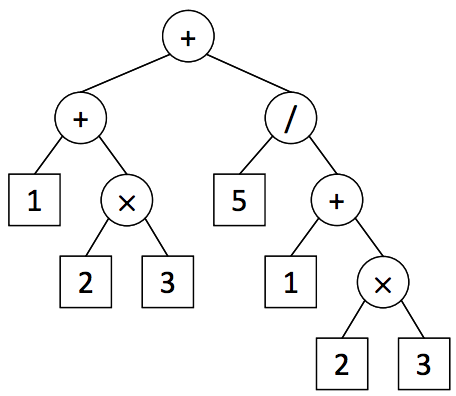 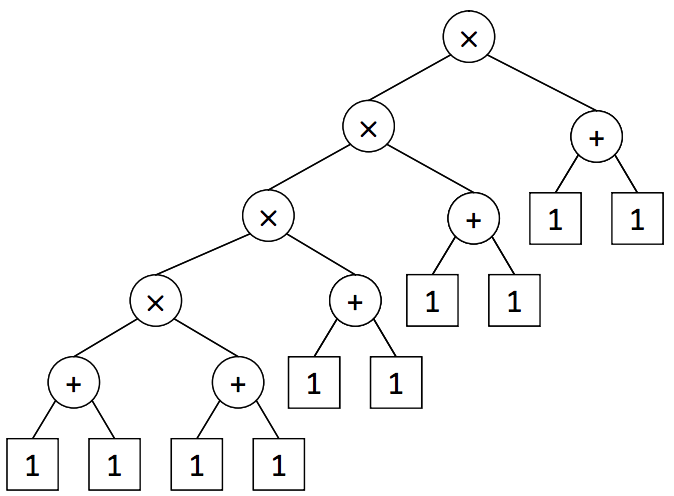 Your program is to read from standard input. The input consists of a single line containing the input expression. It consists of the operands (positive integers), the binary operators (+, -, *, /), and parentheses. The maximum length of the input line is 1,000 including the newline character. For the multiplication, the symbol * is used instead of ×. The operators, the operands, and the parentheses can be separated by zero or more white spaces. Assume that the input expression contains at least one common subexpression and also assume that the size of it should be greater than or equal to three.