2048 is a puzzle game where the objective is to slide numbered tiles on a grid to combine them into tiles with larger and larger values. While the initial aim of the game is to make a 2048 tile, the game continues until no more moves are possible, whether or not a 2048 tile has been made. The game starts with two tiles placed in random positions on the board, each having a value of either 2 or 4.

The game proceeds in a series of moves, with each move having five distinct phases (choice of direction; movement; merging; gap closing; birth) as follows:

The board must change in some way during the second or third stage of this process for a new tile to appear for this to be considered a valid move.

The game score starts at zero and whenever two tiles combine the score increases by the value of the new tile. The game is usually played on a 4 × 4 grid but other variants are available where the grid is a different size but still square. 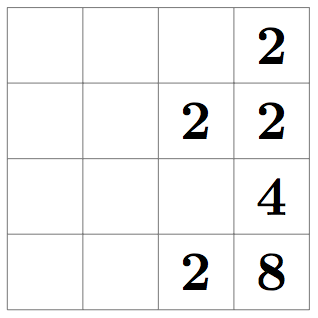 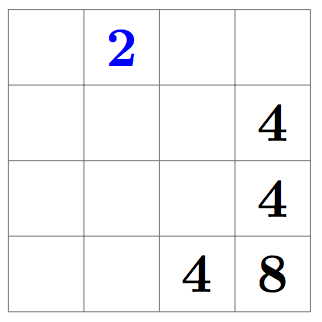 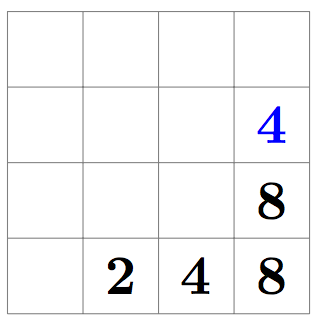 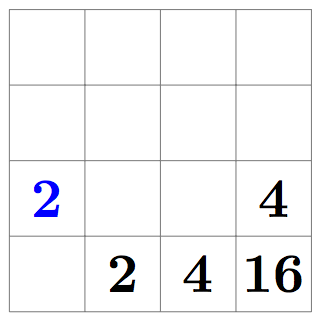 Figure 1: Score progression for a series of moves - new values are shown in blue 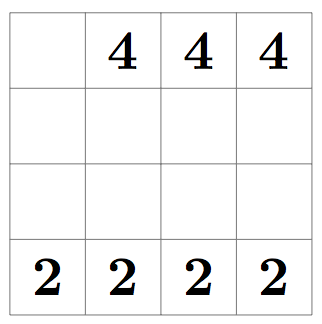 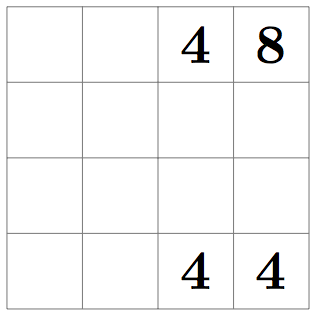 (b) After move Right 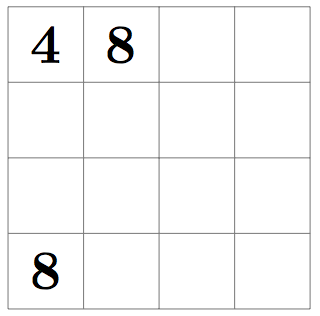 Figure 2: How values merge and move

Given the state of a game and the current score, write a program to determine the number of moves it has taken to get to that state.

The input will contain a single test case.

The first line of input for each test case is the size of the square grid, n (2 ≤ n ≤ 7). The following n lines contain n space separated integer values indicating the current state of a game. A value of 0 is used to indicate an empty grid square. All non-empty grid squares will have a value that is a power of 2 between 2 and 250, inclusive. This is followed by a line containing a single integer value being the score, s, for the current state of the game (0 ≤ s ≤ 108 086 391 056 891 712).

All test cases will consist of a valid game state.

Output the number of moves it has taken to achieve the current state of the game. The solution will have a value less than 263 .