Consider a 2D path drawn in the following manner: Starting at the origin point, we can move only up or right. The path will be described as a string made of zero or more {‘U’, ‘R’} letters. For each ‘U’ we’ll move one unit up, while ‘R’ moves one unit to the right. In the following figure, the path constructed by the string RRRURRUUURRRRRUUR is drawn in a thick line. 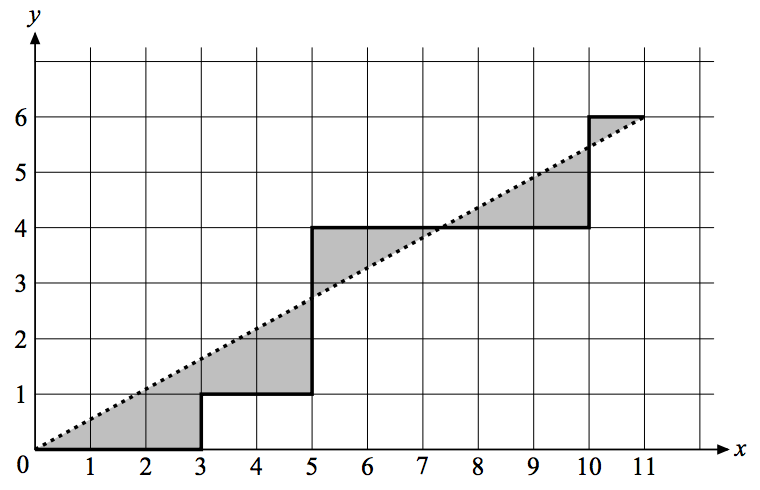 The last line of the input is made of a single ‘S’ character and is not part of the test cases.

For each case, write the area on a line. The area may have an arbitrary number of decimal digits, but may not contain an error greater than 10−3 .