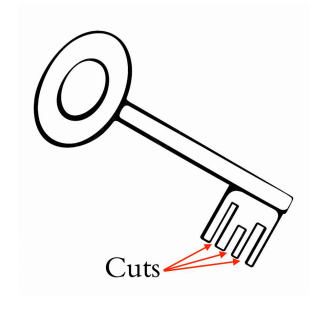 Hassan is a happy key maker. Every customer arrives with a safe-box key, and asks him to create some copies of the key. Each key has several cuts of different depths. The picture below shows a safe-box key with 3 cuts. To make a copy, Hassan needs to make the same number of cuts with exactly the same sequence of depths in a new blank key.

In the first days of his job, Hassan wasted many blank keys to make copies. Most of the copied keys, however, did not match the customer keys and he could not sell them. He collected those copied keys in a trash-box, and now he is thinking of recycling them.

For each test case, print a single line containing the number of keys in the trash-box that either match the customer’s key or can be cut to match it.