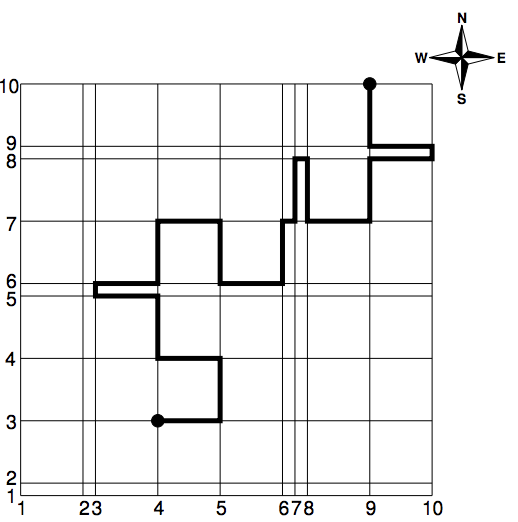 The city of Linearville has N parallel two-way streets going in the West-East direction and N parallel two-way streets going in the South-North direction, making up a grid with (N − 1) × (N − 1) blocks. The distance between two consecutive parallel streets is either 1 or 5. The Linearville Transit Authority is conducting an experiment and now requires all cars to always follow a path that alternates direction between W-E and S-N at every crossing, meaning they must turn either left or right when reaching a crossing. The LTA is developing a new navigation app and needs your help to write a program to compute the lengths of shortest alternating paths between many pairs of start and target crossings. The alternating path in the figure, as an example for N = 10, is clearly not a shortest alternating path. But beware! Linearville may be huge.

Output Q lines, each line with an integer indicating the length of a shortest alternating path for the corresponding query of the input.