After an unsuccessful attempt to qualify for IOI, Kleofáš decided to become a slalom skiing champion. Tomorrow is a very important day in Kleofáš's life: he will compete in his very first skiing contest!

During the contest, Kleofáš will have to get from a starting point to a finishing point, while passing through $n$ gates. In order to be as fast as possible, Kleofáš wants to use the shortest possible trajectory.

It can be proven that there always exists a unique shortest polygonal chain and all its vertices have integer coordinates. Output this chain without any redundant vertices (i. e. only output vertices where the chain changes its direction). 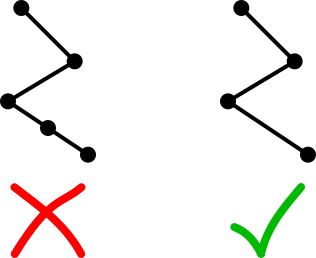 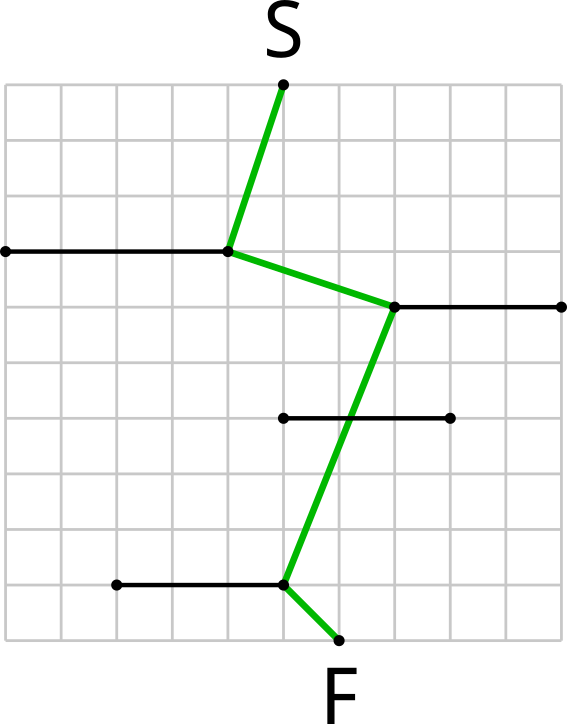