A pasture in the wild west can be represented as a rectangular grid embedded in the upper-right quadrant of a standard coordinate system. A herd of n buffalos is scattered throughout the grid, each occupying a unit square. Buffalos are numbered 1 through n; buffalo j is located in the unit square whose upper-right corner is the point with integer coordinates (xj, yj). The coordinate axes represent two rivers meeting at the origin, restricting buffalo movement downwards and leftwards.

A total of m settlers arrive, one by one, and each claims a piece of land using the following procedure:

For each settler, find the total number of buffalos he claimed when he arrived.

Output m lines. The j-th line should contain the number of buffalos claimed by the j-th settler upon arrival. 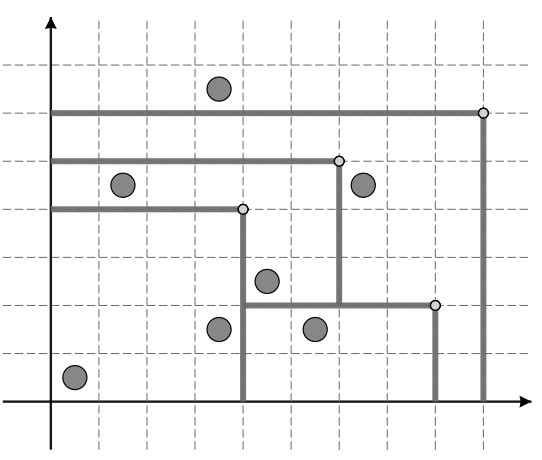