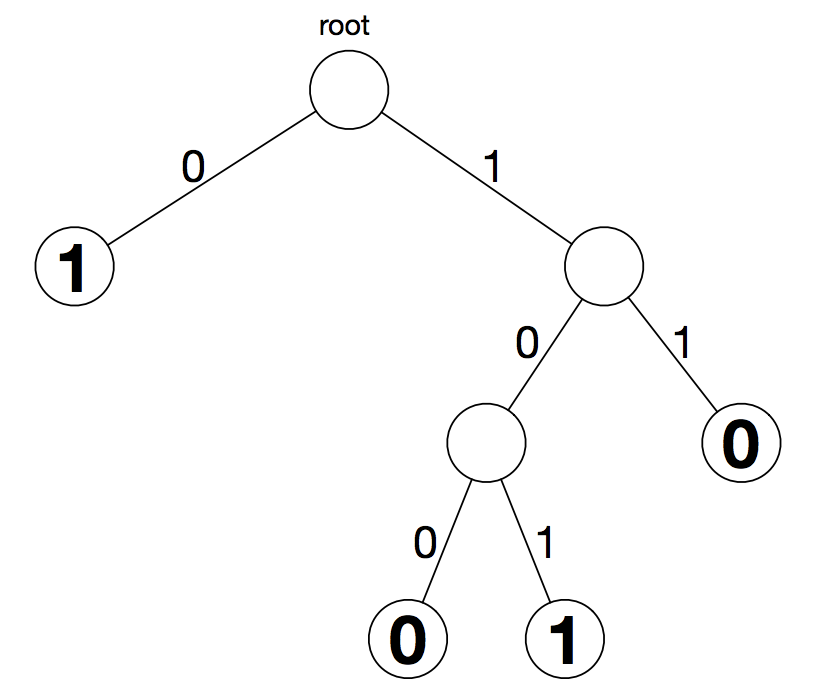 Given input (x0, . . . , xn−1), the boolean function represented by the BDD is evaluated as follows.

In this problem, you are given an n-variable boolean function specified by a list of the 2n different values the function should take for various inputs. Compute the number of vertices in the minimal BDD representing this function.

The first line of input consists of a single integer 1 ≤ n ≤ 18. Then one more line follows that contains 2n values (either 0 or 1) describing an n-variable boolean function.

We think of these values as being indexed from 0 to 2n − 1. The ith such value represents f(x0, . . . , xn−1) where xj is the jth least-significant bit of the binary representation of i. In other words, xj is the coefficient of 2 j in the binary expansion of i.

The third sample input below corresponds to the BDD depicted above.

Output consists of a single integer m that is the number of vertices in the unique minimal BDD representing the boolean function from the input.