During his childhood, Miguel always found inspiration as he watched his mother pack her sheets. As he grew older, Miguel took a job which is quite similar — packing cans.

Given the radiuses of their bases, can he arrange the cans in the box such that he feels he’s packing good?

The first line of input contains T, the number of test cases.

The next T lines each contain four positive integers L, W, R1, R2, separated by single spaces. L and W are the dimensions of the base of the box, and R1 and R2 are the radiuses of the two cans to be packed.

For the first test case, the packing can be done as follows: 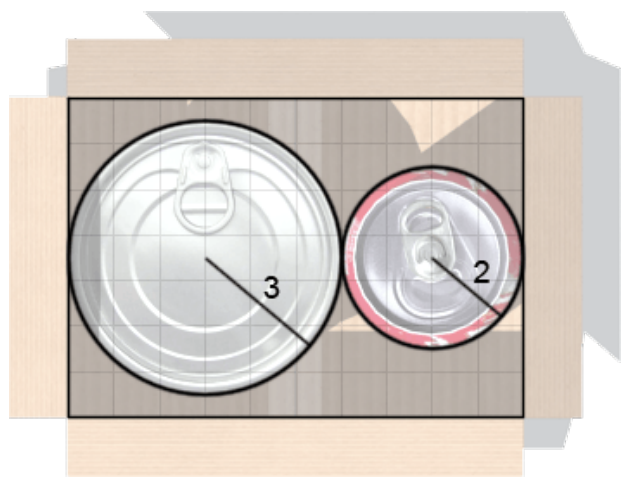