There are N cities (numbered from 1 to N) connected by M bidirectional roads such that from any city, it is possible to reach any other cities with one or more roads. The i-th city has an economic value of Si, and each road directly connects two different cities.

There are Q queries, which should be executed one by one, each represented by a tuple (Ai, Bi, Ci).

For each query where Ai = 1, output the minimum difference of the economic value of the two cities that can be reached by the businessmen after X days, in a line. Note that the value of X is any nonnegative integer and independent between different queries.

The following are the road configuration and the queries for the first sample: 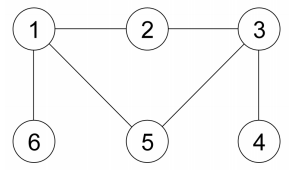