In 1736, Leonhard Euler wrote a paper on the Seven Bridges of Königsberg which is regarded as the first paper in the history of graph theory. Nowadays, the study of graph theory is considered very important as indicated by the fact that most textbooks in discrete mathematics have a chapter on graph theory.

This problem is related to graph theory, especially on tree and forest. Given N tuples (ui, vi, wi), your task is to construct a forest with a minimum number of trees which satisfies the following seven requirements:

To simplify the problem, it is guaranteed that wi in any tuple is unique, i.e. no two tuples with the same wi. 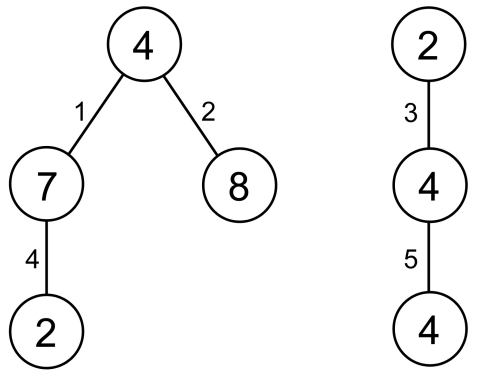 For the first sample, this forest is the only forest which satisfies all the requirements. There are 2 trees in this forest. 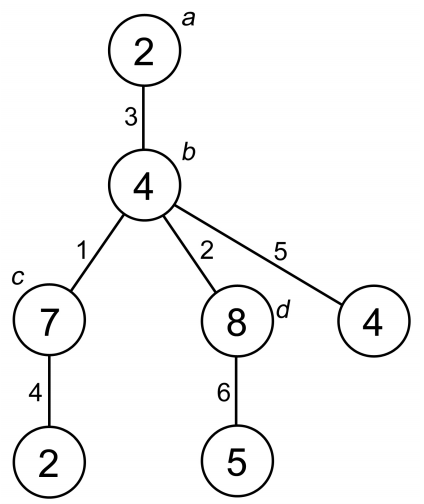 On the other hand, this forest does not satisfy the requirements due to:

Note that violating even one requirement already makes the forest invalid.