Every citizen lives in a house with entrance located at one particular horizontal and vertical street intersection. There may be several citizens living in the same house.

The overall positive influence of fireworks is strongly related to the total distance which citizens need to move to observe the display. Therefore, the intersection for the fireworks must be chosen in a way to minimize this total distance.

For example, if S=2 and there are seven citizens whose locations are shown on the map (there are two of them in (-4;8)), then the best place for the fireworks is the main street intersection with 8th vertical street; in this case the total distance which citizens need to move is 9 units. 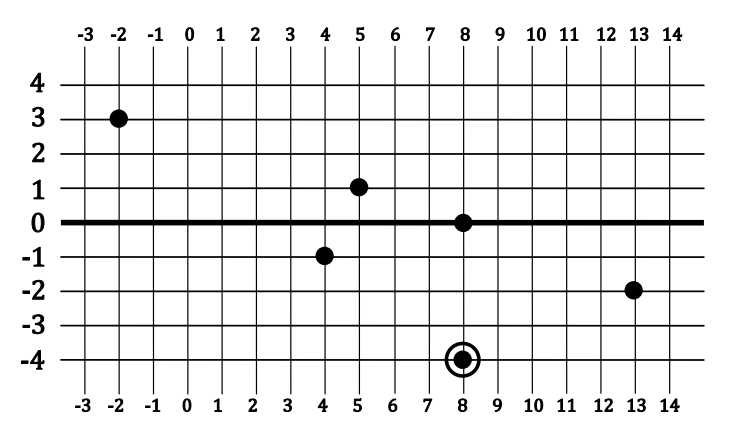 Write a program which calculates the minimum possible total distance (in units) which citizens have to move to observe the fireworks.

Input data is given in standard input. The first line contains two positive integers separated by spaces: the number of citizens N (N≤105) and the safety distance S (S≤106) in units. The next N lines contain the descriptions of the locations of citizens. Each of these lines contains two integers Hi and Vi separated by a space; Hi and Vi (-109 ≤Hi,Vi≤109) denote the numbers of the horizontal and vertical street, respectively, of the intersection where the entrance to the i-th citizen’s house is located.

The first and only line of output must contain exactly one integer – the minimum total distance (in units) which citizens must move to observe the fireworks.