Dr. Horrible desperately wants to get into the Evil League of Evil but is having a difficult time proving his competence as the mastermind that he is. Bad Horse rules over the league with an iron hoof and is evaluating his application with extreme skepticism. Meanwhile, arch-nemesis Captain Hammer, hero of the people and corporate tool, is making life exceedingly complicated for our poor villain. But, everything is about to change. Dr. Horrible is all set to pull off a major heist; the wondeflonium needed to complete work on his freeze ray is being transported by courier van—candy from a baby. Sadly, it’s not as easy as Dr. Horrible suspected. The device he created to control the van became a jumble of wires that needs to be untangled. He’d have Moist, his roommate, do it, but it’s probably a bad idea to have Moist anywhere near circuitry (for obvious reasons). You better do it and do it fast, or else it’s curtains for you—lacy, gently wafting curtains. 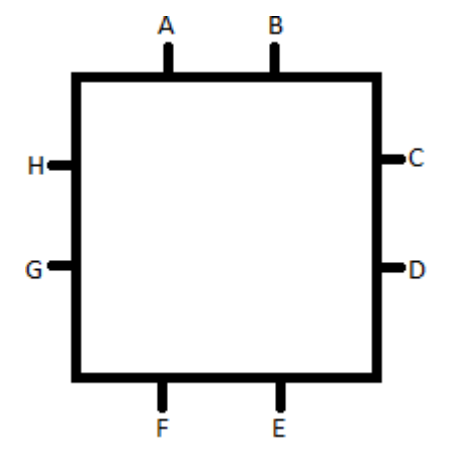 Input consists of multiple puzzle sets. Each puzzle set is broken into two parts, a board description and a set of starting points. The board description begins with a single line containing two integers, h and w, both between 1 and 20 inclusive, separated by a space. These are the height and width, respectively, of the circuit board in squares. After this are n (1 ≤ n ≤ h · w) lines containing square descriptions, which occur in no particular order. Each of these line describes one square and begins with a numeric designation for the square. The squares are numbered sequentially left to right, top to bottom, starting at 1; for example, the top right square is numbered w. After the number is the description of the wiring for the square as defined above. The number and all the wire descriptions are separated by single spaces. Not all squares may have a description, and a square will be described at most once per circuit board. Squares without lines have no wires connected to them.

The end of the file is marked by two zeros separated by a space in place of the standard first line of a puzzle set.

The output for each puzzle set should be separated by a blank line. 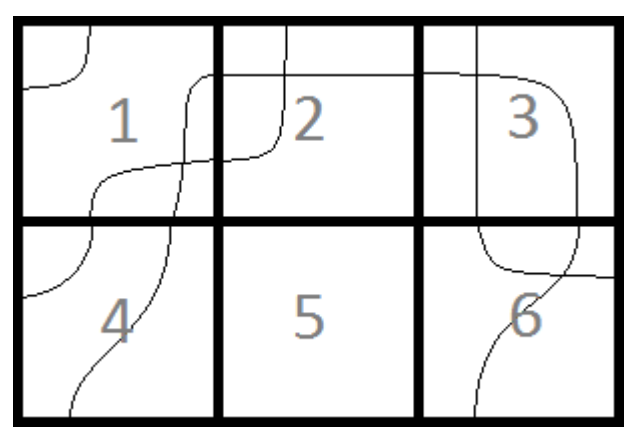