Consider a race track laid out on a rectangular grid, like this: 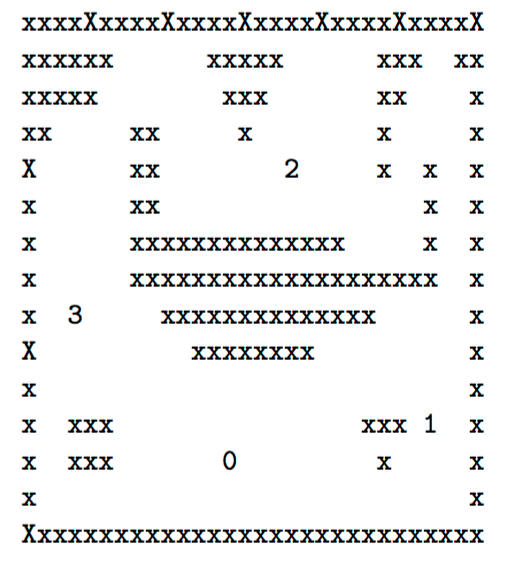 For example, in the layout above, the rider might move according to the sequence shown as ‘a’, ‘b’, ‘c’, ... as shown below: 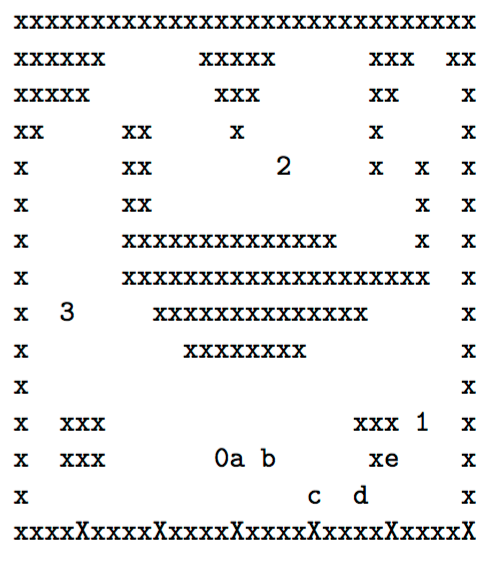 and then on to the first checkpoint in 6 seconds.

Write a program to find the shortest time required to start at ‘0’ and end at the final checkpoint, landing upon each intervening checkpoint in the order indicated by the digits. The motorcycle may land on a checkpoint out of order while on its way to another checkpoint, but does not receive credit for having visited that checkpoint unless it has already visited all of the lower-numbered checkpoints.

Input consists of multiple race courses. Each course begins with a line containing two integers, w, and h, denoting the width and height of the track. You are guaranteed that 1 ≤ w ≤ 40 and 1 ≤ h ≤ 40. A zero value for w and h denoted the end of the input.

This is followed by h lines, each line containing w characters. These define the race track as explained above. Each track will have an area of at least 2 and will contain at least two checkpoints (‘0’ and ‘1’) and no more than 10 checkpoints. Where more than two checkpoints are presented, the checkpoints will be in strict sequence — there will be no “gaps” in the numbering.

Print the minimum # of seconds required to complete each course as an integer, one per line. If it is not possible to complete a course, print ‘-1’ instead.