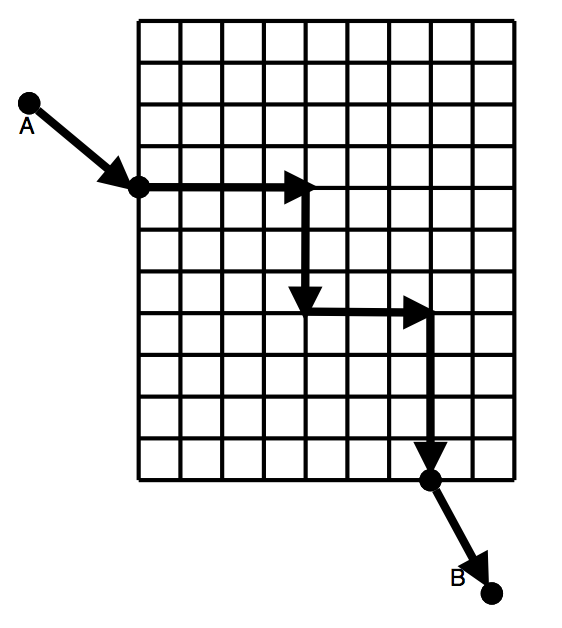 The streets in Manhattan form a grid. If the grid is aligned such that the grid lines are parallel to the x- and y-coordinate axes, the distance one needs to walk or drive from one point to the other, assuming you can only move along streets and cannot take short cuts through buildings, equals ∆x + ∆y. This is called the Manhattan distance.

In this problem, two opposite corners of the city grid will be specified. It will be assumed that the grid lines are parallel to the coordinate axes, and that the distance between any two consecutive grid lines, horizontal and vertical, is 1 unit. Two points A and B on the plane with integer coordinates will also be specified. Write a program to calculate the shortest distance between the two points, given that we can only move along the grid lines (i.e. in the city streets) within the city grid.

describing the points L, U, A, and B. L and U are the lower-left corner and the upper-right corner of the city grid, respectively. A and B are the two points between which we wish to travel.

For each data set, print one line containing the distance of the shortest path between the A and B, printed to to three decimal places of precision.