where |MN| denotes the length of the line from M to N. 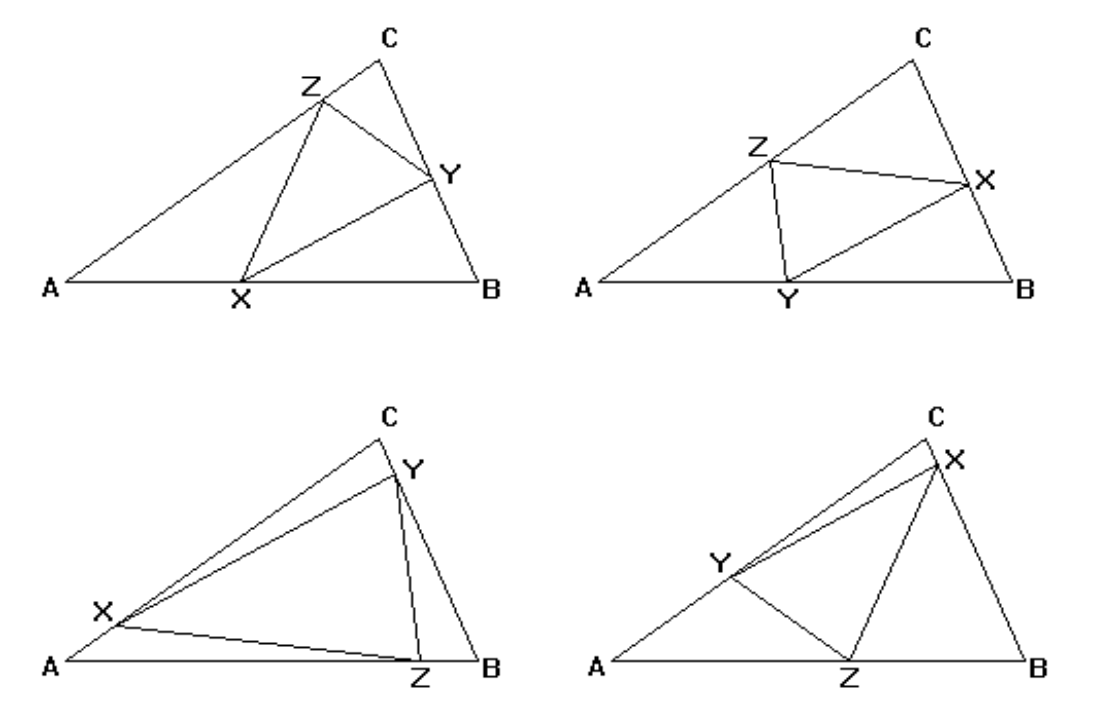 Depending on the shape of the outside triangle, ABC, and the angle, θ, between the line through X and Y and the line through A and B, there may be 0, 1, 2, 3 or 4 strictly inscribed similar triangles to ABC with angle θ.