The world famous artist A.A. Blox, well known for his cubic sculptures, has developed a totally new way to create impressive artwork from a rectangular solid of transparent acrylic glass. With the patented laser device of his friend T.D. Resal, he is able to change the colour of parts of the originally colourless box. Due to the prototype stadium of the laser device, he can only change the colour of a rectangular solid whose sides are parallel to the sides of the large box (“axis aligned”).

The value of the resulting object is measured by the volume of coloured acrylic glass. Since A.A. Blox is not good at mathematics, he has hired you to help him out and compute the price of his artwork for him. 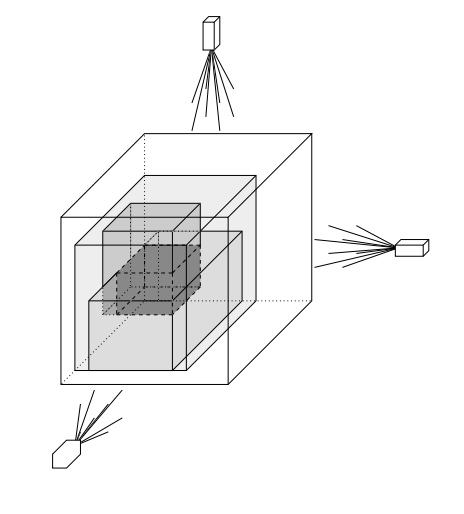