This year, he wants to fuel enough gasoline considering unexpected detours caused by an accident. According to statistical reports, at most one accident occurs in a day. (His hometown can be reached if he drives all day long.) Thus he wants to fill his fuel tank with the smallest amount of gasoline supposing that there will be only one accident. For this, he will find the shortest path to get to his hometown wherever the accident occurs.

The road system can be represented as a weighted graph G = (V, E), where V is the set of vertices that represent cities, E is the set of edges that represent roads connecting two cities, and w(e) is the weight of each edge e that represents the amount of gasoline needed to drive the corresponding road. An accident always occurs in the middle of a road and the occurrence of the accident can be found when he reaches the cities which are incident with the road. This means that no accident can be reported in advance. 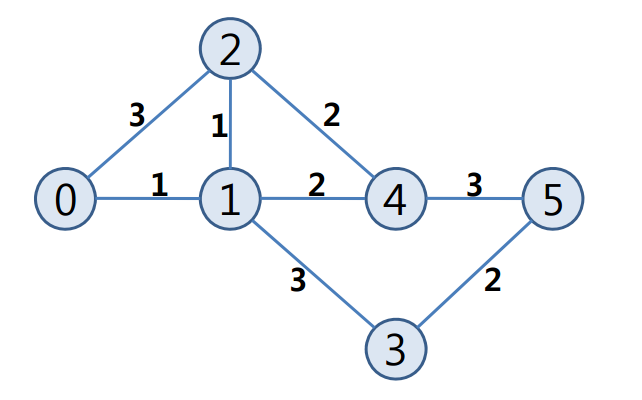 When we are given the road system represented as a weighted graph and the shortest path from the city of departure to the city of arrival followed by Mr. Kim, find the smallest amount of gasoline that Mr. Kim has to fuel considering a detour by an accident.

Your program is to read from standard input. The input consists of T test cases and the number of test cases T (1 ≤ T ≤ 20) is given in the first line of the input. Each test case starts with a line containing two integers n d m ich represent the number of cities and the number of roads with ranges of 3 ≤ n,m ≤ 10,000, respectively. The cities are numbered from 0 to n-1. In the next m lines are given with three integers c , d and w (separated by a space), where w represents the amount of gasoline needed to travel between the cities c and d (c ≠ d ). In the next line, k+1 integers are given representing the shortest path that Mr. Kim has chosen. The first integer is k as the total number of cities on the shortest path and the next k integers represent the cities along the path. That is, the second integer represents the city of departure and the last integer represents the city of arrival.

Your program is to write to standard output. Print the amount of gasoline with which Mr. Kim should feed his fuel tank. If there exists no way to go to his hometown if an accident occurs, print -1.