The famous Korean internet company nhn has provided an internet-based photo service which allows users to directly take a photo of an astronomical phenomenon in space by controlling a high-performance telescope owned by nhn. A few days later, a meteoric shower, known as the biggest one in this century, is expected. nhn has announced a photo competition which awards the user who takes a photo containing as many meteors as possible by using the nhn photo service. For this competition, nhn provides the information on the trajectories of the meteors at their web page in advance. The best way to win is to compute the moment (the time) at which the telescope can catch the maximum number of meteors. 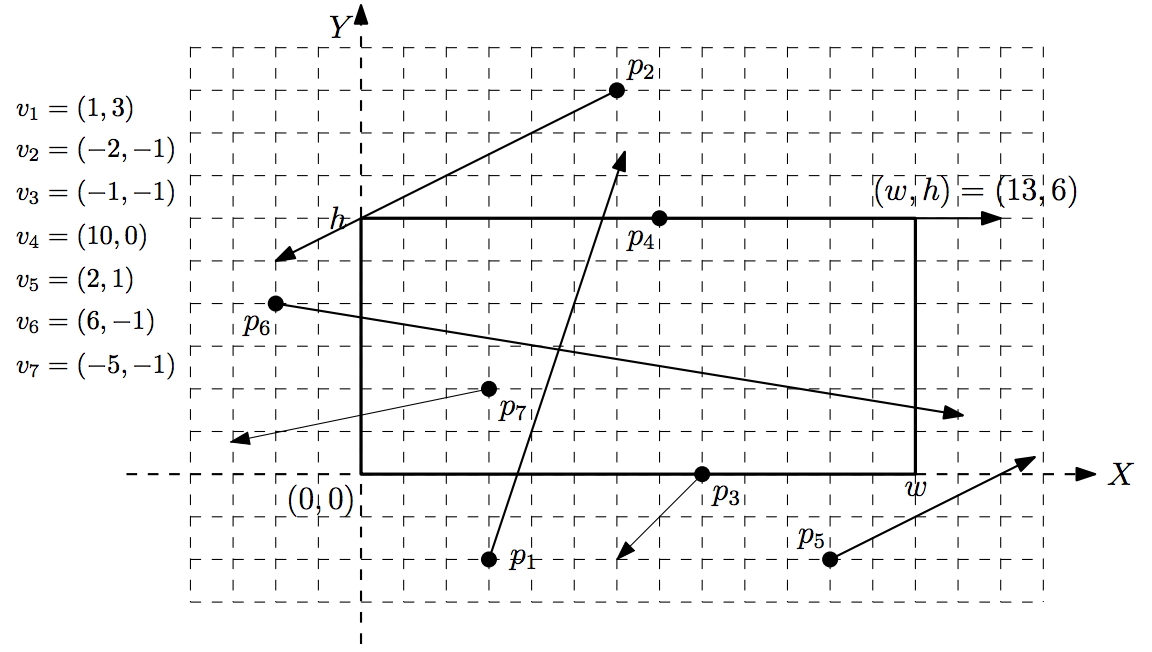 Your program is to read the input from standard input. The input consists of T test cases. The number of test cases T is given in the first line of the input. Each test case starts with a line containing two integers w and h (1 ≤ w, h ≤ 100,000 ), the width and height of the telescope frame, which are separated by single space. The second line contains an integer n , the number of input points (meteors), 1 ≤ n ≤ 100,000 . Each of the next n lines contain four integers xi, yi, ai and bi ; (xi,yi) is the starting point pi and (ai,bi) is the nonzero velocity vector vi of the i-th meteor; xi and yi are integer values between -200,000 and 200,000, and ai and bi are integer values between -10 and 10. Note that at least one of ai and bi is not zero. These four values are separated by single spaces. We assume that all starting points pi are distinct.

Your program is to write to standard output. Print the maximum number of meteors which can be in the telescope frame at some moment.