Let DC (direct current) circuits be given. Each DC circuit generates a set of output signals. The DC circuits consist of a set of devices connected in parallel or in serial but they have no feedback loops. Each device generates a specific signal and the set of output signals of a circuit is determined by the kinds of devices and the topology of the device connection. For example, let two circuits named C1 and C2 be given as follows: 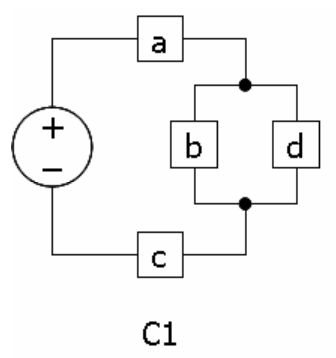 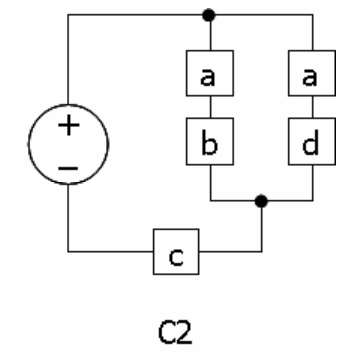 There is a special device called the pass device, namely 1, generating no signal at all. The circuit C3 contains a pass device. The parallel connections and serial connections of sub-circuits can be arbitrarily nested and composed as shown in circuit C4. 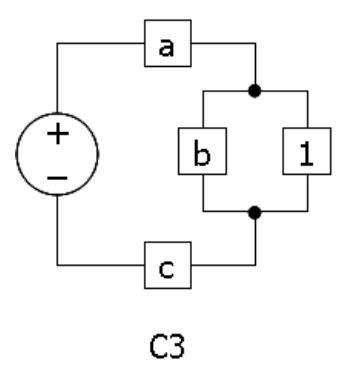 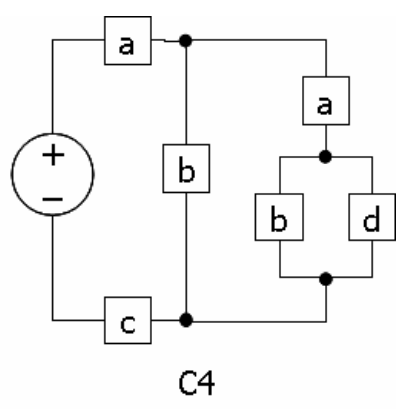 The problem is to determine the relation of two given circuits. The names of normal devices are given by lowercase letters depending on the signals generated by them. The name of the pass device is 1. The parallel connection of two circuits C and D is denoted by C|D and the serial connection of two circuits C and D in a row is denoted by CD. The parentheses can be used as needed to clarify the topology of connections, but no spaces are allowed in a circuit description.

For example, the denotations of the above circuits are given as follows:

There can be redundant parentheses around the representation of sub-circuits. For instance, C1 can be represented by (a((b)|((d)))c) instead of a(b|d)c.

The comparison result of two circuits is denoted by =, <, >, 0, and 1. Given two circuits C and D, the relation between them is determined as follows:

Assume that every circuit generates at least one signal. In other words, there’s no circuit whose output is {} though it is allowed for nested circuits such as 1 or (1|1).