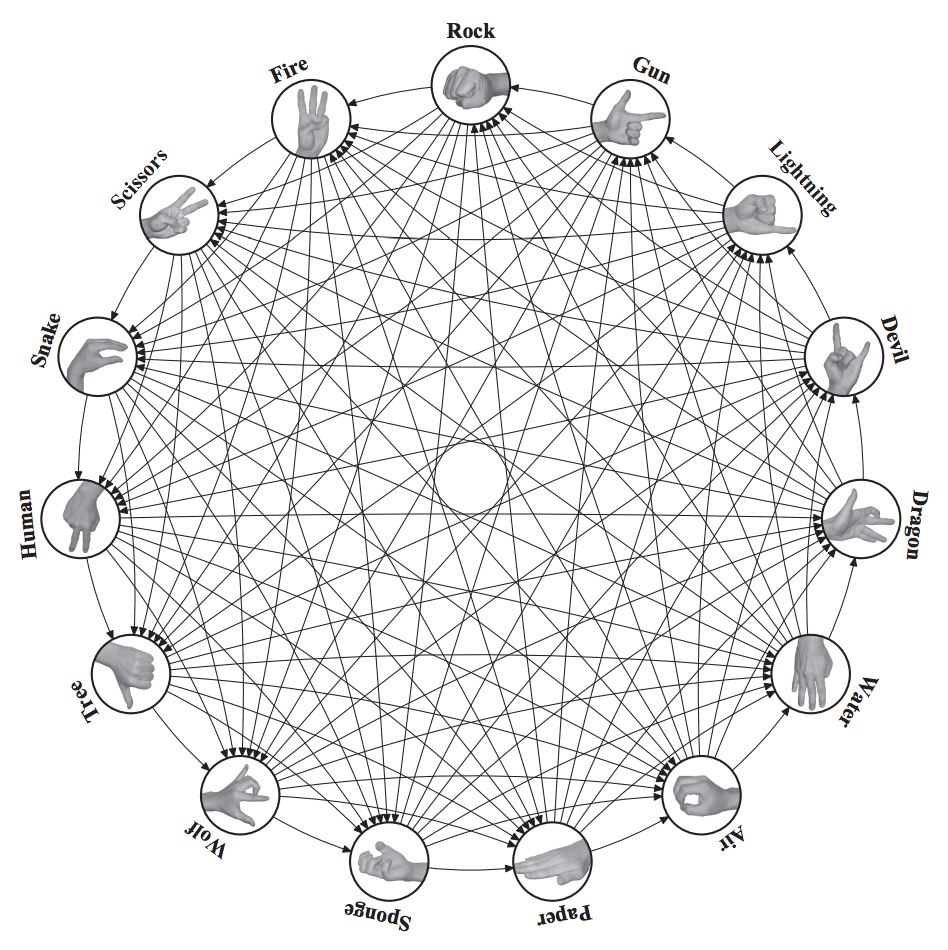 The arrows in the figure above show the defeating relation. For example, Rock defeats Fire, Scissors, Snake, Human, Tree, Wolf, and Sponge. Fire defeats Scissors, Snake, Human, Tree, Wolf, Sponge, and Paper. Generally speaking, each hand defeats other seven hands located after in anti-clockwise order in the figure. A player is said to win the game if the player’s hand defeats at least one of the other hands, and is not defeated by any of the other hands.

Your task is to determine the winning hand, given multiple hands presented by the players.

The input consists of a series of data sets. The first line of each data set is the number N of the players (N < 1000). The next N lines are the hands presented by the players.

The end of the input is indicated by a line containing single zero.

For each data set, output the winning hand in a single line. When there are no winners in the game, output “Draw” (without quotes).