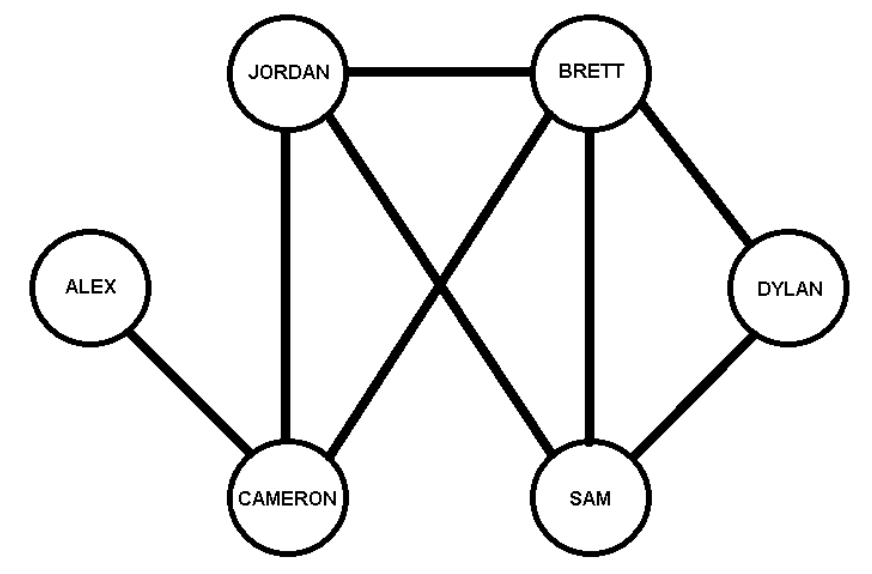 In the graph, the link distance from JORDAN to ALEX or to DYLAN is the same (2) but JORDAN and DYLAN are in some sense “more connected” than JORDAN and ALEX. An attempt to reflect this in a distance measurement is resistance distance. This is similar to the relationship between friends in online social networks. In this case, the nodes in the graph are people (as shown above) and the resistance distance between them is the closeness of their friendship.

The first line of input contains a single decimal integer P, (1 ≤ P ≤ 10000), which is the number of data sets that follow. Each data set should be processed identically and independently.

The edges are described by a sequence of lines containing a node number, n (1 ≤ n ≤ N), a count and the nodes which are connected to node n. The sequence ends when E edges have been specified. There will be no self-loops or parallel edges.

The queries are described by Q lines, each of which has a query number, q (1 ≤ q ≤ Q), and two node numbers n1 and n2. The program is to find the resistance distance from n1 to n2.

For each data set there is one line of output. The single output line consists of the data set number, K, followed by a single space followed by the queried resistance distances to 3 decimal places in the order of the input.