The giant Candy-Bar Wall in the Royal Kitchen is used to store. . . well, candy bars. These are placed in jars on N equal-length shelves. The shelves are positioned in a vertical progression from the ground up, and perfectly aligned horizontally on their rightmost and leftmost edges. Each shelf is partitioned into M equal-sized slots, which can either be empty or occupied by a jar. A jar contains between 1 and 9 candy bars.

Every shelf is connected to the one directly below (or to the floor, for the bottommost shelf) by one or more vertical ladders. A ladder connects a slot to the corresponding slot on the shelf below, or to the floor. There is at most one ladder directly under any given slot.

The topmost shelf does not contain any jars, but just above it there is a huge open window leading to the Royal Kitchen rooftop. Mini-Fierce-And-Hungry Bandit has surprisingly managed to get into the Royal Kitchen via this top window and now plans a massive candy-bar burglary. More precisely, he intends to do a fun-and-profit “round trip” across the wall, that is:

while of course grabbing as many candy bars as possible during this trip.

The major issue the bandit faces however is that he cannot enter a slot containing a candy jar more than once, since this would trigger a dreadful Candy Alarm.

Your mission: help the bandit carefully plan his round trip across the Candy-Bar Wall so as to maximize the number of candy bars he grabs, without triggering any alarm.

The first line consists of two integers: N (number of shelves) and M (number of slots on a shelf), separated by a space. The following 2N lines each consist of strings of length M depicting, in an ASCII art manner, the shelf and ladder configuration:

The output consists of an integer on a single line, representing the maximum number of candy bars the bandit can collect without triggering any alarm. 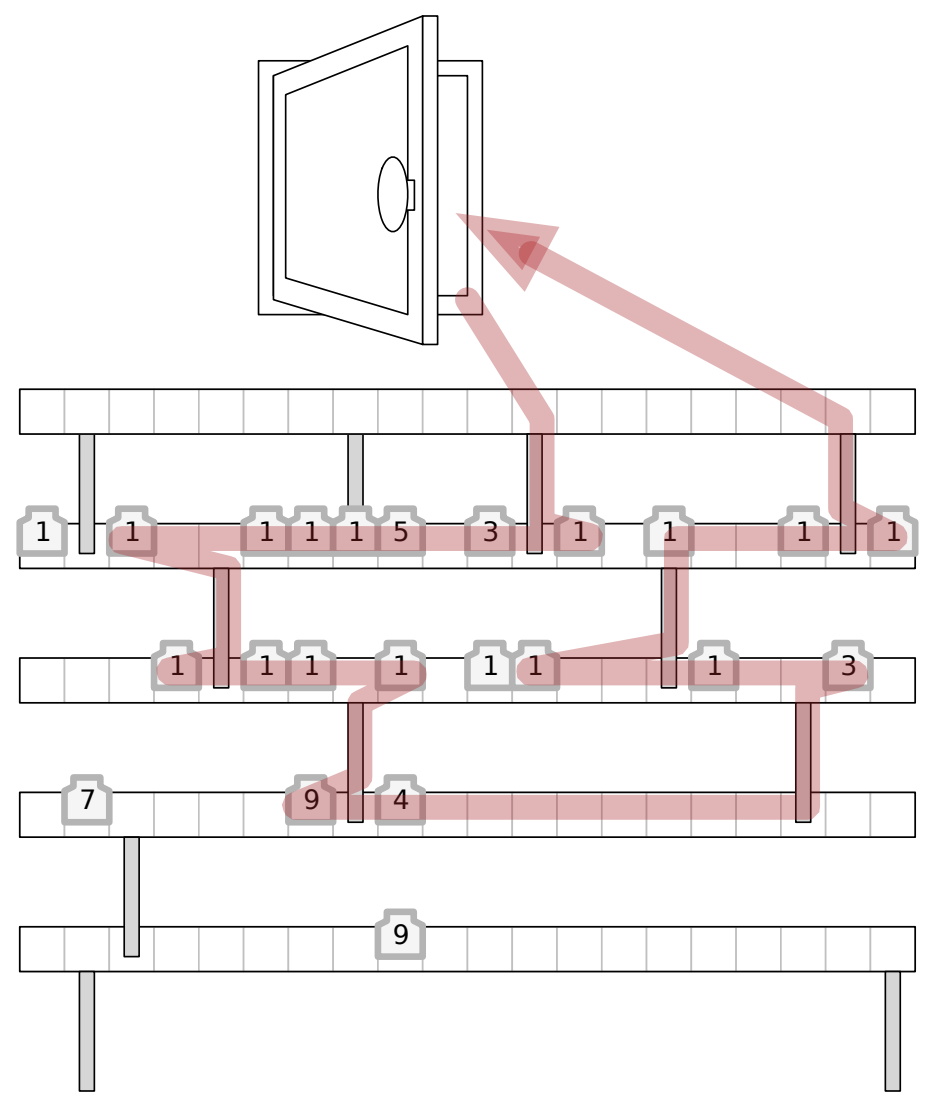