You are playing a coin puzzle. The rule of this puzzle is as follows:

There are N coins on a table. The i-th coin is a circle with ri radius, and its center is initially placed at (sxi, syi). Each coin also has a target position: you should move the i-th coin so that its center is at (txi, tyi). You can move coins one by one and can move each coin at most once. When you move a coin, it must move from its initial position to its target position along the straight line. In addition, coins cannot collide with each other, including in the middle of moves.

The score of the puzzle is the number of the coins you move from their initial position to their target position. Your task is to write a program that determines the maximum score for a given puzzle instance.

The input consists of a single test case formatted as follows.

You can assume that the coins do not contact or are not overlapped with each other at the initial positions. You can also assume that the maximum score does not change even if the radius of each coin changes by 10-5.

Print the maximum score of the given puzzle instance in a line.

In the first example, the third coin cannot move because it is disturbed by the other two coins. 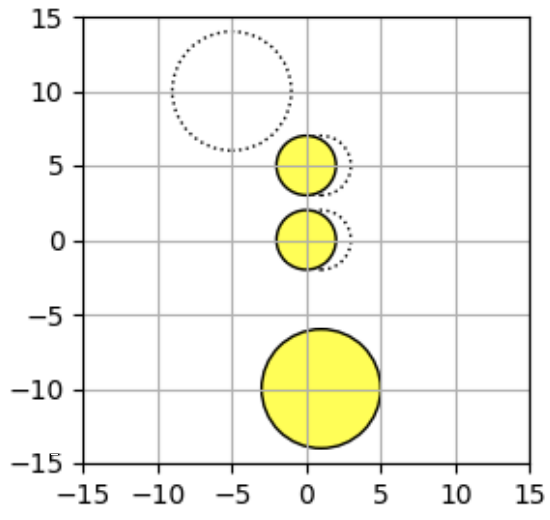 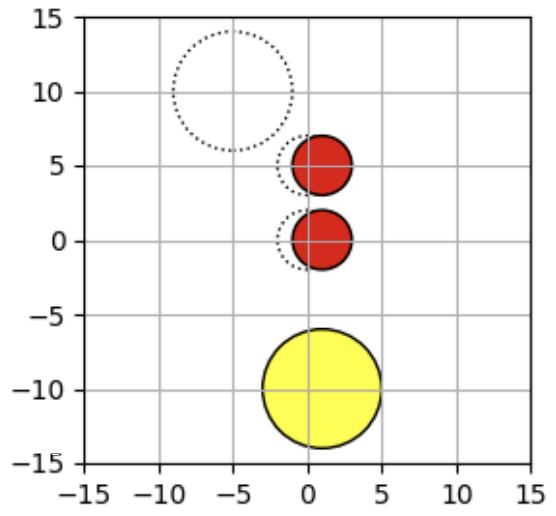