You have just been put in charge of developing a new shredder for the Shredding Company. Although a "normal" shredder would just shred sheets of paper into little pieces so that the contents would become unreadable, this new shredder needs to have the following unusual basic characteristics. 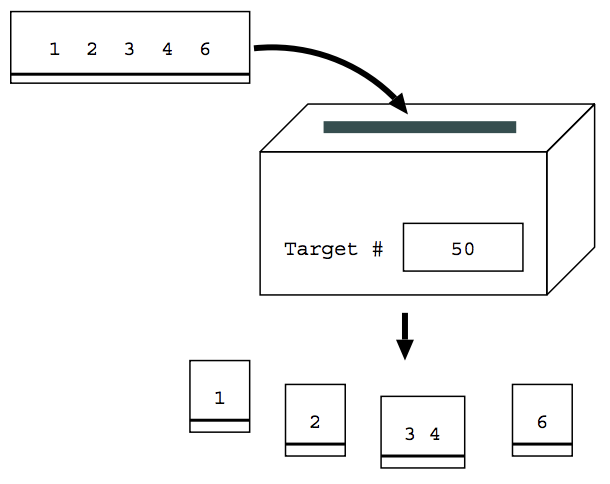 Figure 1. Shredding a sheet of paper having the number 12346 when the target number is 50

There are also three special rules:

In order to develop such a shredder, you have decided to first make a simple program that would simulate the above characteristics and rules. Given two numbers, where the first is the target number and the second is the number on the sheet of paper to be shredded, you need to figure out how the shredder should "cut up" the second number.

The input consists of several test cases, each on one line, as foIows:

Each test case consists of the following two positive integers, which are separated by one space: (1) the first integer (ti above) is the target number; (2) the second integer (numi above) is the number that is on the paper to be shredded.

Neither integers may have a 0 as the first digit, e.g., 123 is aIowed but 0123 is not. You may assume that both integers are at most 6 digits in length. A line consisting of two zeros signals the end of the input.

For each test case in the input, the corresponding output takes one of the following three types:

In the first type, partj and sum have the following meaning:

Each number should be separated by one space.

The message `error' is printed if it is not possible to make any combination, and `rejected' if there is more than one possible combination.

No extra characters including spaces are allowed at the beginning of each line, nor at the end of each line.