Byteman works in a computational biology research team in Gdynia. He is a computer scientist, though, and his work is mainly concentrated on designing algorithms related to strings, patterns, texts etc. His current assignment is to prepare a tool for computing the similarity of a pattern and a text. 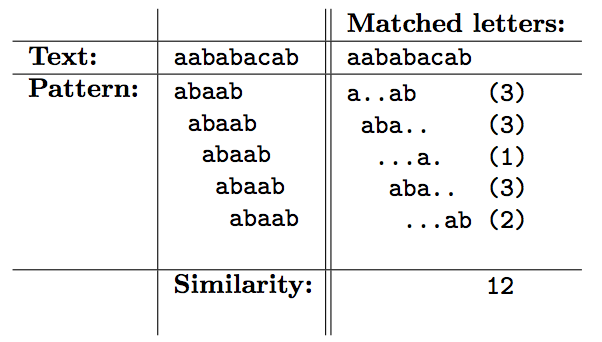 Byteman has already managed to implement the graphical interface of the tool. Could you help him in writing the piece of software responsible for computing the similarity?

Additionally, in test cases worth 30 points the length of the text does not exceed 5 000.

The only line of the standard output should contain the similarity of the given pattern and the text.

The example above is the same as in the task description.