You are a judge of a programming contest. You are preparing a dataset for a graph problem to seek for the cost of the minimum cost path. You’ve generated some random cases, but they are not interesting. You want to produce a dataset whose answer is a desired value such as the number representing this year 2010. So you will tweak (which means ‘adjust’) the cost of the minimum cost path to a given value by changing the costs of some edges. The number of changes should be made as few as possible.

For another example, in Figure G.2, the minimum cost of the path from node 1 to node 12 in the given graph is 4022. In order to adjust this minimum cost to 2010, we can change the cost of the edge from node 6 to node 12 and one of the six edges in the right half of the graph. There are many possibilities of edge modification, but the minimum number of modified edges is 2. 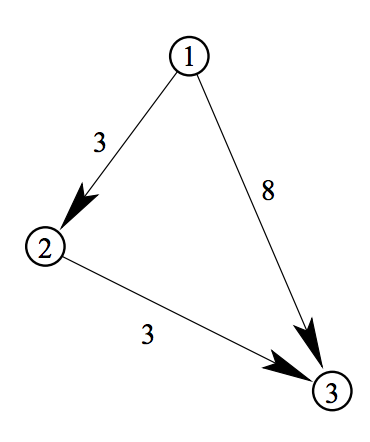 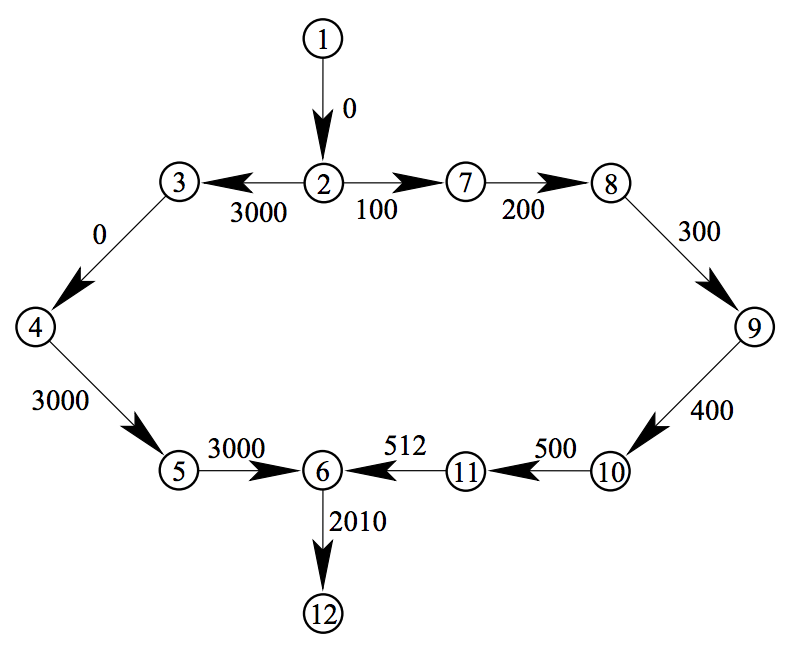 The input is a sequence of datasets. Each dataset is formatted as follows.

Each node in the graph is represented by an integer 1 through n.

The end of the input is indicated by a line containing three zeros separated by single spaces.

For each dataset, output a line containing the minimum number of edges whose cost(s) should be changed in order to make the cost of the minimum cost path from node 1 to node n equal to the target cost c. Costs of edges cannot be made negative. The output should not contain any other extra characters.