Turkish Roulette is a betting game that uses a roulette with S slots, each one numbered with an integer between -64 and 64. In each turn of the game players bet on B balls, each one also numbered from -64 to 64. For each of the B balls, exactly one player will bet on it.

After spinning the roulette, the dealer throws in the B balls sequentially. When the roulette stops, each ball is lodged over two (adjacent) slots, as depicted in the figure below, which shows a roulette with thirty two slots and four balls. Notice that, as the figure illustrates, a ball occupies the space of two adjacent slots, and therefore there is room for at most bS/2c balls in the roulette. 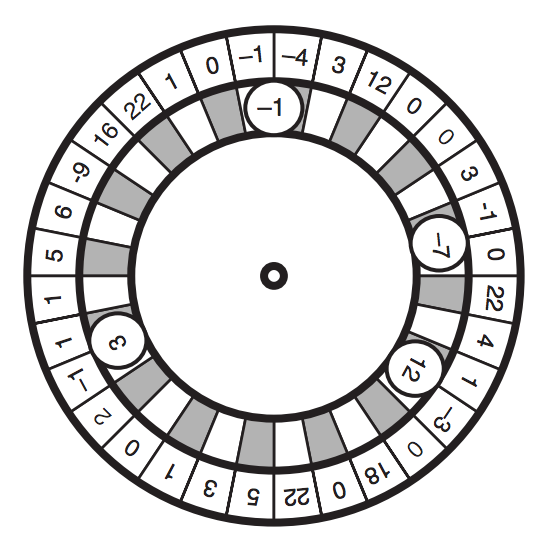 The value of a ball in a turn is calculated by multiplying the ball’s number by the sum of the numbers of the two adjacent slots over which the ball is lodged. If a ball’s value is positive, the player who bet on that ball receives that amount (the ball’s value) from the dealer; if a ball’s value is negative, the player who bet on that ball must pay that amount to the dealer. The profit of the dealer in a turn is the total amount received minus the total amount paid.

For each test case in the input your program must write one line of output, containing an integer indicating the maximum profit the dealer can make in one turn.