There is an ingenious text-compression algorithm called Huffman coding, designed by David Huffman in 1952. 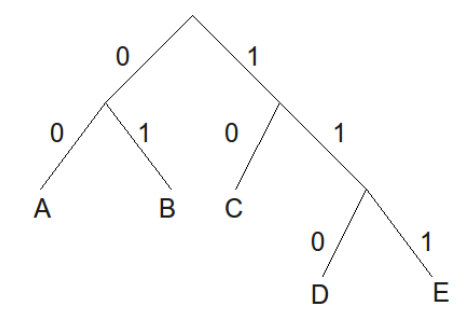 The benefit of a set of codes having the prefix-free property is that any sequence of these codes can be uniquely decoded into the original characters.

On one line, output the characters that correspond to the given binary sequence.