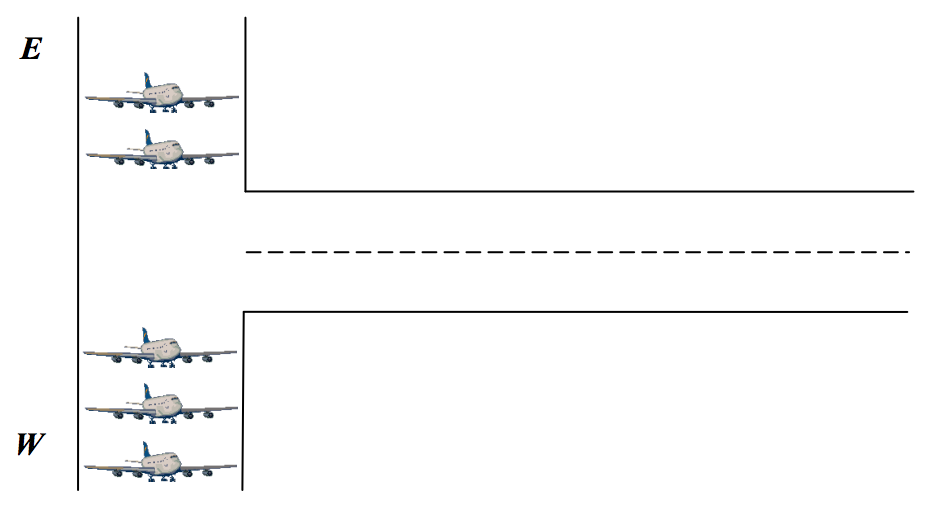 A big city has an international airport handling 40 million passengers a year. But this is notorious as one of the most congested airports in the world. In this airport, there is only one landing strip as in the above figure. Therefore the landing strip is always crowded with a lot of aircrafts waiting for a takeoff. There are two ways, say west-road W and east-road E, to approach the landing strip. The aircrafts are waiting for a takeoff on the two roads as in the above figure.

At each time t, an arbitrary number of aircrafts arrive on the roads W and E. Each aircraft arriving on W or E at time t receives a rank, which is equal to the number of the waiting aircrafts on the same road to precede it. Then the one of W and E is chosen by a control tower, and the most front aircraft on the road leaves the ground. Given an information of the arriving aircrafts at times, we are concerned in the takeoff schedule of the control tower to minimize the maximum rank of the aircrafts.

Your program is to write to standard output. Print exactly one line for each test case. The line contains the minimum of the maximum rank over all the possible takeoff schedules.