A digital logic circuit in a printed circuit board (PCB) consists of a collection of interconnected parts which are usually integrated circuit (IC) chips. Each IC chip has several pins to be interconnected by wires to other pins in another IC chip or a power line. Most PCBs are built as a stack of several layers. Wiring pattern in each layer consists of wires presumed to be horizontal or vertical. In a multilayered PCB board, layers are connected together through drilled holes, called vias, forming conductive paths between layers.

While designing of a complex PCB board, a special layer is to be designed for the power supply. The special layer has the following properties:

To have a cost-effective PCB design, we are going to minimize the number of vertical wires connected to a power line in this special layer. 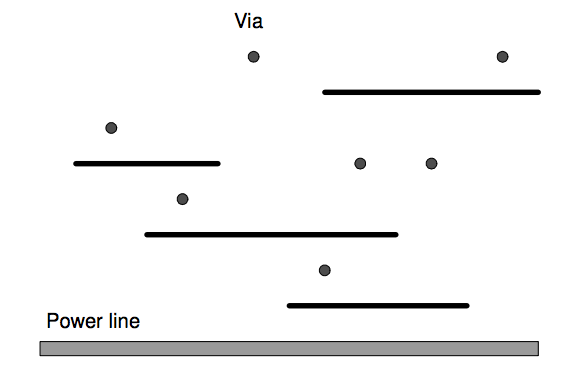 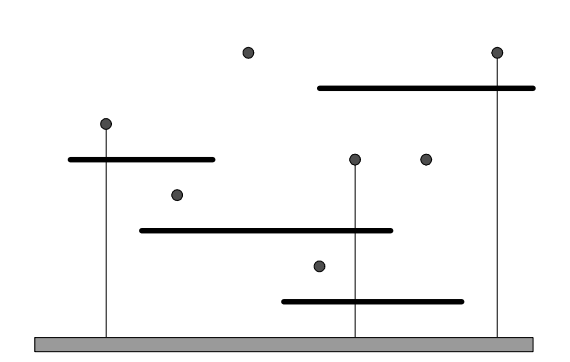 Print exactly one line for each test case. The line should contain an integer that is the minimum number of vertical wires connecting a power line and all the horizontal wires. If every horizontal wire cannot be connected with at least one vertical wire, print IMPOSSIBLE in the line.