The students in Kim's class did a popularity vote to determine who were popular in the class. Each student was asked to write down the ID numbers of at most three students, except himself/herself, whom he or she liked.

After the vote was over and popular students were chosen, Kim, looking at the vote result, was curious to solve the following math question: What was the largest core?

l voted,
l liked some students in it but no one outside it, and
l was liked by some one in it.

More formally, each student will be represented by his or her student ID number from 2,1{ ,...,N}, where the class has N students. For example, the table below shows the result of a vote by 12 students in Kim's class. 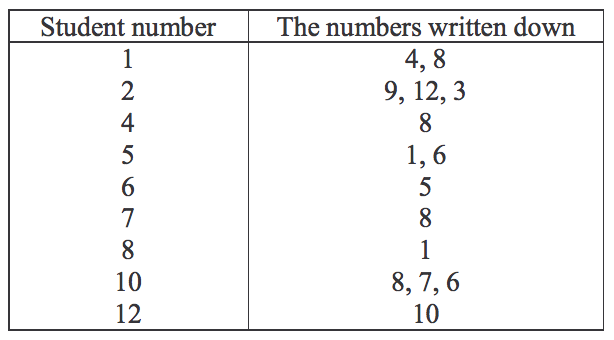 Students 3, 9, and 11 were absent from school and did not vote, so they do not appear in the left column of the table.

Write a program to find the size of the largest core of a vote result.

Print exactly one line for each test case. The line is to contain an integer that is the size of the largest core. The following shows sample input and output for two test cases.