Here is a game played on a cycle by two players. The rule of this game is as follows: At first, a cycle is given and each edge is assigned a non-negative integer. Among those integers, at least one is zero. Further a coin is put on a vertex of the cycle. From this vertex, the game starts and proceeds with two players’ alternating moves with the following series of choices:

The game ends when a player on his turn cannot move because the value of each edge incident with the vertex having the coin is equal to zero. Then, that player is the loser. 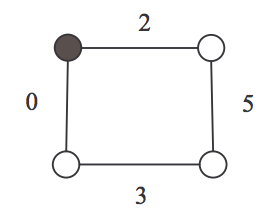 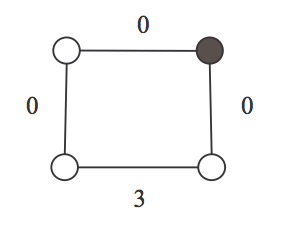 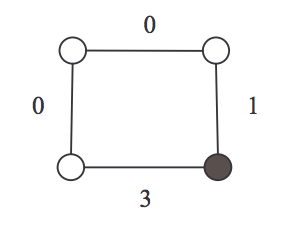 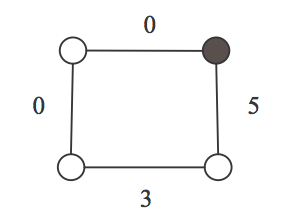 Figure 1: An example of cycle game (A coin is put on the black vertex)

In this problem, you should determine whether or not the first player has a winning strategy from a given starting position.

The input consists of T test cases. The number of test cases ( T ) is given on the first line of the input file. Each test case starts with a line containing an integer N (3 ≤ N ≤ 20), where N is the number of vertices in a cycle. On the next line, there are the N non-negative integers assigned to the edges of the cycle. The N integers are given in clockwise order starting from the vertex having the coin and they are separated by a single space. Note that at least one integer value among the N integers must be zero and that the value of no integer can be larger than 30.