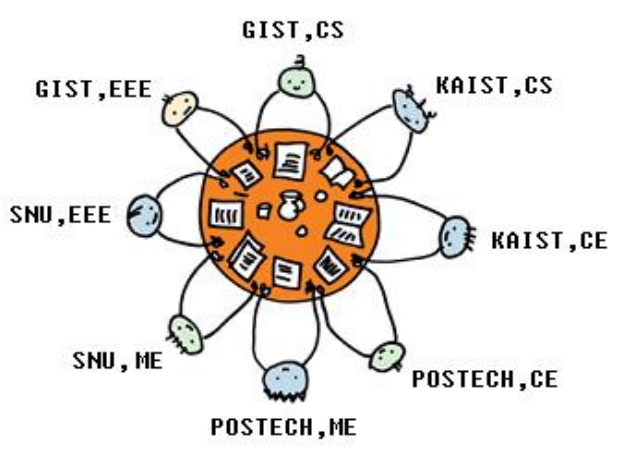 The first line of each test case contains an integer N (1 ≤ N ≤ 2000) which is the number of universities participating the conference. We assume that all the universities are different. Each of next N lines contains two integers X, Y (1 ≤ X, Y ≤ 40) describing the majors of two researchers.

Your program is to write on standard output. Print exactly one line for each test case. For each test case, print “YES” if a sitting arrangement is possible which satisfies the conditions and print “NO” otherwise.