The brave knights (kə’ nig’ əts) of Camelot are constantly exposed to French taunting while assaulting the castle occupied by the French. Consequently, the taunting to which they are exposed varies with their distance from the castle during their assault, as well as variations in French taunting activity. We need to estimate the total amount of taunting that they are exposed to during a certain time period. Unfortunately, we only have access to a set of measurements at random times — we do not have a continuous reading — and, because of flaws in our archaic equipment, the measurements of taunting occur at unpredictable intervals.

The total amount of taunting will be given by the integral of the taunting intensity during the time period, as held in the observation data file. The amount of random noise, though, is fairly high, so that a simple trapezoid-rule integration is all that is merited. 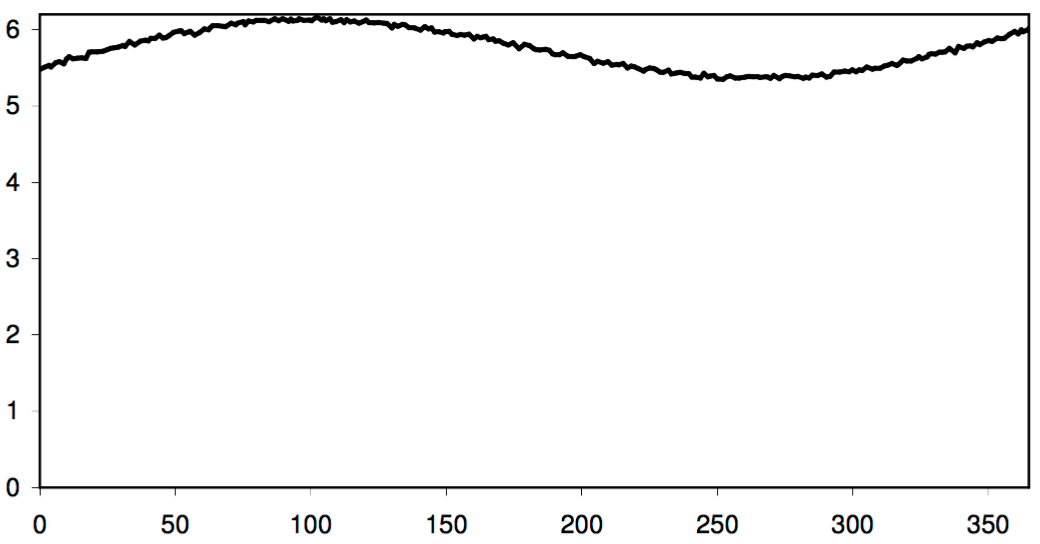